NeoHacks is a 48-hour hackathon taking place July 30 - Aug 1, 2021 where hundreds of students from around the world will come together virtually to learn new skills, meet new friends, and build awesome projects. We provide beginner-friendly workshops, mentorship, fun games, and more. The first day of the event will be a workshop-based learnathon where you will get a chance to gain new skills. The second day will be dedicated towards building a project with your team.

Where is this held?

Due to COVID-19, NeoHacks is completely virtual and will take place on Zoom and Discord.

What is a hackathon?

A hackathon is a great place to learn new skills, make new friends, and have fun. By the end of the hackathon, you will have turn in a project for feedback from judges.

Who is eligible to participate?

This hackathon is open to anyone regardless of their identity. We highly encourage beginners to participate!

How can I prepare for a hackathon?

No advanced preparation is necessary! We have workshops tailored to those who are new to coding and intro workshops to help beginner hackers.

What if I don't have a team?

There will be several team formation opportunities before and during the event. Although working with a team (of 1-4 hackers) is highly encouraged, you may choose to work alone.

Every project submitted will be entered in this category.

Make your wildest ideas a reality and earn the best creative prize to win a gift card for your team!

Create a web application using any technologies of choice for a chance to win a gift card!

Create a mobile application using any technologies of choice for a chance to win a gift card for your team. (Subject to change)

Sponsored by Qoom- Teams must use the Qoom platform to be eligible for this prize. The prizes include: • 1-year Pro Plan package (one per team)- This has a value of $140 • Feature on Qoom Project Gallery (https://www.qoom.io/projects)

This workshop serves as an introduction to web development with HTML and CSS. Learn how to use Figma, a free design and prototyping software, to develop the UI for your project.

Learn the basics of Git and GitHub, a useful tool every developer should be familiar with. At the end of the workshop, you will be able to create your first pull request.

Learn the basics of Next.js, a React framework to build modern, dynamic websites. Attend the Expansion 101 Workshop to learn about Galicia's tips for team formation and project brainstorming session to find a team and project that inspires you to build something great. This workshop serves as a basic introduction to python, a powerful, general-purpose programming language with a diverse range of applications. 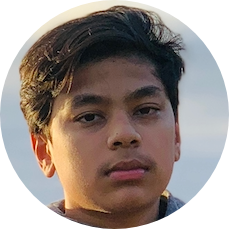 The workshop is going to be a gentle introduction into MIT App Inventor. By the end, attendees will have developed a simple app and have set up an emulator to test apps in the future.

Learn the basics of ML using Kobra, a visual programming language for machine learning. By the end, you will be able to build and deploy your own model with Kobra.